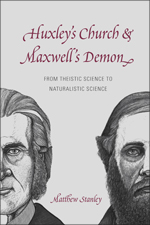 A review of “Huxley’s Church and Maxwell’s Demon:
from theistic science to naturalistic science”,
by Matthew Stanley of New York University,
University of Chicago Press, 2014

At the beginning of Victorian-era Britain, science was so thoroughly entwinned with religion that “it was expected that men of science would take religious considerations into account”, says Matthew Stanley. But by the end of that era things had changed so much than now “it seemed impossible that they would do so”.

Stanley explores the decades when science changed from being theistic — with most scientists taking it for granted that a god was an integral part of the world and how it worked — to being atheistic, no longer having any need of gods as part of the explanation. The contrast is exemplified in the theistic James Clerk Maxwell (“I have looked into most philosophical systems, and I have seen that none will work without a God.”) versus the anti-clerical Thomas Henry Huxley (“Extinguished theologians lie about the cradle of every science …”).

The theists included the cream of British science, not only Maxwell but Faraday, Lord Kelvin, Richard Owen, George Stokes and many others. To the theists, the order and regularity in the universe was proof of God’s ongoing presence. As astronomer John Herschel wrote in 1830, the laws of nature established by the “Divine Author of the universe” were maintained by “the constant exercise of his direct power in maintaining the system of nature” while all material causes emanated “from his immediate will, acting in conformity with his own laws”.

In ideas as old as Genesis, Christians held that a god-less universe would be chaotic nothingness, a world “without form, and void”, such that even the distinction between light and dark requires an act of God’s will.

Huxley was having none of it, disdaining “miracles” and seeing divine intervention as a “god of the gaps” notion that conflicted with the observed regularities of nature:

But what is the history of astronomy … but a narration of the steps by which the human mind has been compelled, often sorely against its will, to recognise the operation of secondary causes in events where ignorance beheld an immediate intervention of a higher power? [The Darwinian Hypothesis (1859)]

Here Huxley was not arguing against the deist notion of a god as the primary cause, but against the idea of God intervening in the world.

Scientists as great as Newton had appealed to God’s ongoing intervention to keep the Solar System stable. But when Laplace developed orbital mechanics further he famously told Napoleon that he “had no need of that hypothesis” to make his models work.

The crux of the matter, though, was not astronomy, but the application of new scientific notions to human beings. Based on Darwin’s new understanding of evolved animals, Huxley rejected the traditional dualistic notion of a “soul” and wrote an influential essay “On the Hypothesis that Animals are Automata”. This undercut traditional notions of free will and morality and so appeared to threaten civilised society. As Stanley writes: “Theistic and naturalistic scientists had been able to find common ground in a lawful nature” and over the nature of science, but “free will was the fault line from which they began to diverge profoundly”. 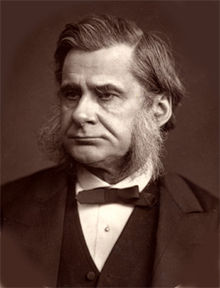 Huxley declared that animate matter was no different from inanimate matter, that “the body of the living animal is a beautifully formed active machine” and that the forces at work in such a body are “identical with those which exist in the inorganic world”. Even our consciousness and will were explained as “… but a concomitant of the molecular changes in the brain …”.

Debate turned to the First Law of Thermodynamics — conservation of energy — which, experiments demonstrated, applied to living creatures just as much as to inorganic matter. The “living body”, Huxley explained, “is a machine” in which “all its movements … are to be accounted for by the energy which is supplied to it”, leaving no role for a dualistic soul. 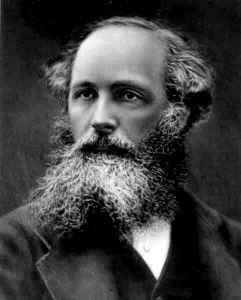 Maxwell was a Christian, committed to the idea of a soul and anxious to defend theistic notions of free-will, but he also was fully committed to the science that he himself was central to developing:

I have to tell my men that all they see, and their own bodies, are subject to laws which they cannot alter, and that if they wish to do anything they must work according to those laws, or fail, and therefore we study the laws [citation here]

The solution Maxwell came to was ingenious. The soul, he explained, was akin to a railway “pointsman”. By pulling a lever, the train was directed onto a different track, but the energy required to switch the lever was much less than the energy propelling the train.

Further, science was developing an understanding of unstable systems. A pencil balanced on its point is unstable and will fall, but even the tiniest of interventions, at the critical moment, can determine which way it falls. By combining the concept of the pointsman with ideas about unstable systems, the energy required for the soul’s actions could be considered to be too small to be detectable. Conservation of energy, and thus compatibility with science, was preserved.

The doctrine of conservation of energy, when applied to living beings, leads to the conclusion that the soul of an animal is not, like the mainspring of a watch, the motive power of the body, but that its function is rather that of a steersman of a vessel — not to produce, but to regulate and direct the animal powers.

The soul, the moral agent, could intervene undetectably, but still direct our actions.

But then there is the Second Law of Thermodynamics, the finding that entropy only increases. Could that also be made consistent with theistic notions of a soul? Maxwell thought yes, and invented the idea that has become known as “Maxwell’s Demon”.

If two vessels of gas, one hotter than the other, are placed in contact, exchanging gas particles through a small aperture, the Second Law states that they will tend to the equilibrium state of having the same temperature. But suppose, Maxwell reasoned, a small demon sat at the aperture, able to open and close it at will. If the demon watches for faster-moving gas particles, and opens the aperture for those, but closes the aperture for slower-moving particles, then there is no violation of how physics works, and yet the temperature differential can be increased, against the run of the Second Law. 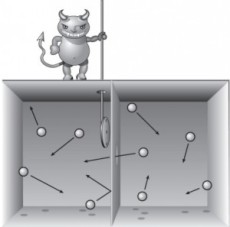 Maxwell’s Demon was an illustration of how God or a non-material soul could, in principle, intervene in the material universe — preserving theistic free will — but in ways compatible with the motions of physical particles. Science and religion would be perfectly reconciled.

Nowadays Maxwell’s Demon is taught to physics undergraduates as an illustration of why such schemes don’t work. Essentially, the knowledge of the motions of incoming particles does not come for free, and the energy dissipated in making those observations would preserve the Second-Law behaviour.

To the theist, though, if the “demon” role were played by a god with presumed omnipotence, that objection is over-come. Given the concept of the railway pointsman, observing and directing matter, theistic notions of free will could be preserved even in the deterministic universe of nineteenth-century physics.

Thus the “pointsman” or soul “was both a scientiﬁc and a religious entity”, says Stanley, “Maxwell thought materialists such as Huxley had fooled themselves into seeing laws of nature where there were none”, an error that “came from paying too much attention to energy and motion and not enough to personality and the experience of the divine”.

As Stanley documents, Maxwell’s generation of scientists was the last in which the mainstream combined and entwined religious concepts with science. Such ideas then died out in the usual way, by failing to convince the succeeding generations of younger scientists. Instead, Huxley’s disciples took over.

Increasingly, any references to gods were dispensed with as redundant and superfluous, such that they came to be seen as unscientific. Quite simply, models without any deities worked better. Today one can look through thousands of pages of The Astrophysical Journal and not find any references to gods or demons.

But this history is worth recounting because it shows that the division between science and religion is not — as so often claimed — about subject area, but is instead about quality. Introducing notions of gods into models is not unscientific because such notions are outside the scope of science, but rather they are unscientific because they don’t work very well.

In the days of Maxwell, Faraday, Kelvin and Paley, it was accepted that science was “natural theology” and so about revealing God’s role in the world. God was a scientific hypothesis, needed to make scientific models work. Increasingly, though, scientists found that “they had no need of that hypothesis” in understanding the universe; atheistic models, ones without gods, simply worked better, were more explanatory, and were more parsimonious.

The modern fashion for trying to put religion into a separate “magisterium” and claiming that it deals with topics outside the scope of science, and thus is impervious to the advance of science, is really just denial, a way of clinging on to gods long after the evidence for them has evaporated.

21 thoughts on “T. H. Huxley, James Clerk Maxwell, and the divorce of science from religion”