Baroness O’Neill, chair of the UK’s Equality and Human Rights Commission, has recently given a speech, hosted by the Theos think tank, on freedom of expression and religion of religion. There is much that is good in the speech. In particular I agree wholeheartedly with her view that:

What then should one do if one hears, reads or sees something that one considers offensive, perhaps deeply offensive? The basic thing is to remember is that unless the offending speech act was wrong in some further way (e.g. it was defamatory, or incited hatred, or was fraudulent), no right has been violated, and no remedy of the sort that respect for rights requires is needed.

But, there is one major area where I want to argue that Baroness O’Neil is misguided. And this is the fundamental matter of what we mean by “freedom of religion”. The Baroness says that: 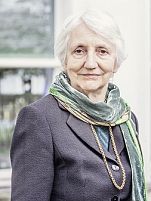 I am not going to spend time on this thought because it seems to me both unhelpful and potentially risky.

In contrast, I argue that interpreting “freedom of religion” as a part of the greater right to “freedom of expression” is necessary in order to uphold the even-greater principle of equality under the law.

… that all men shall be free to profess, and by argument to maintain, their opinions in matters of Religion, and that the same shall in no wise diminish, enlarge or affect their civil capacities.

Note the “enlarge” as much as the “diminish”. The problem with the phrase “freedom of religion” is that it could be taken to imply that the religious have greater rights, and that their concerns and consciences must matter more than those of the non-religious, and so should be awarded privileged respect. We must dismiss that claim and insist on equality under the law.

Indeed, Baroness O’Neil herself says that:

Human rights are rights for everyone — for all human beings, not merely for some privileged or special ones. So no interpretation of rights can endorse supposed rights could be held only by some, but not by all: if rights are universal, it must be possible for others to hold like rights. 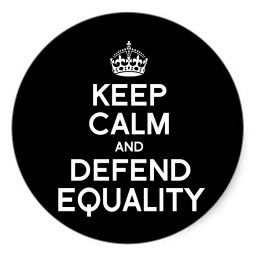 Seeing “freedom of religion” as a part of the wider “freedom of expression” that all of us have equally, makes the equal citizenship of everyone much clearer.

But, you might object, the phrase nowadays is “freedom of religion and belief”, where the “… and belief” is there precisely to grant equal status to the non-religious.

Well, yes, that is the fudge we have gotten ourselves into, but it is a fudge. There is no clear and coherent principle about which “beliefs” qualify for this freedom and which do not. Going down that path creates a mess, a mess that would be avoided if we simply, and rightfully, regarded religion as just one of the topics covered by freedom of expression.

Indeed, the Baroness recognises the mess:

There are various other difficulties — with current interpretations of the right to freedom of religion and belief, which centres on the meaning to be given to the term belief. The interpretation of this right by UK courts has generated confusion. On the one hand courts have held that “a belief must be a belief and not an opinion or viewpoint based on the present state of information” but on the other they have held that any belief that is to be protected by this right should “attain a certain level of cogency, seriousness, cohesion and importance”.

She quotes a recent review of equality law that says that the:

… broad definition of “belief” currently being applied by the courts is unclear, and some rulings appear inconsistent with others.

She gives the example that:

And then she concludes:

… this troubling ambiguity can only be made settled either by further legislation, or by the (probably slow) accumulation of further court decisions that do not point in contradictory directions.

That is rather feeble from someone tasked with leading the way on such matters (a conclusion also expressed on Archbishop Cranmer’s blog).

I suggest that there is no way to make the issue clear and consistent, and that the “troubling ambiguity” stems from the very idea of giving extra rights to religious opinions, and then trying to get back to equality by awarding them also to “beliefs”.

There is no coherent way of choosing which beliefs get any additional rights, nor any rationale for doing so. It would amount only to playing favourites. Yet, if all beliefs came to be included, the overall right would then have to revert back to “freedom of expression”, otherwise the doctrine would be utterly unworkable. If it didn’t you’d be giving some sort of nebulous and unspecified extra rights to any and all opinions.

The state really should not be in the business of deciding which beliefs are seriously held and important, nor in pronouncing on what is or is not “religious”. Nor, indeed, should we think that “religious” opinions matter more than non-religious opinions, so as to merit extra accommodation.

If we want to allow people the right to opt out of tasks owing to their conscience (for example, allowing a doctor to decline to perform an abortion) then the right should be available to all, regardless of religion and regardless of how they justify their request.

If we want to require that employers must make reasonable accommodations for employee requests, such as time out to pray or to smoke a cigarette, then the accommodation should be available to all employees, regardless of religion and regardless of how they justify their request.

If an employee wants to depart from a staff dress code — say to display a religious emblem or that of a football club — then the same latitude should be available to all regardless of religion and regardless of how they justify their request.

90 thoughts on “No “reasonable accommodation” for religion!”