Philosophers Maarten Boudry and Massimo Pigliucci have recently edited a volume of essays on the theme of scientism. The contributions to Science Unlimited? The Challenges of Scientism range from sympathetic to scientism to highly critical.

I’m aiming to write a series of blog posts reviewing the book, organised by major themes, though knowing me the “reviewing” task is likely to play second fiddle to arguing in favour of scientism.

Of course the term “scientism” was invented as a pejorative and so has been used with a range of meanings, many of them strawmen, but from the chapters of the book emerges a fairly coherent account of a “scientism” that many would adopt and defend.

This brand of scientism is a thesis about epistemology, asserting that the ways by which we find things out form a coherent and unified whole, and rejecting the idea that knowledge is divided into distinct domains, each with a different “way of knowing”. The best knowledge and understanding is produced by combining and synthesizing different approaches and disciplines, asserting that they must mesh seamlessly.

A non-scientistic approach might reject this unified view. It might, for example, see sociology as divorced from biology. It might assert that culture is sufficiently independent of underlying biology that the biological sciences are irrelevant and can be ignored when dealing with sociology or politics or economics, which instead are independent and self-contained disciplines, complete in themselves. I would argue that this view is, at best, a needlessly self-limiting handicap, and at worst makes such disciplines prone to error and ideological fads.

A more fundamental rejection of scientism might see knowledge as having multiple and distinct sources. For example, one might argue that one domain of knowledge (“science”) arises from empirical evidence, whereas another, quite separate domain could arise from a priori reasoning. One could then assert that knowledge within one domain cannot be arrived at from another domain, and may not even be valid within other domains. Some would argue that the domains of ethics and mathematics are examples (of which more in later installments of this review).

In their introduction to the book, Boudry and Pigliucci explain that the question of scientism is one of two demarcation problems. The first is how to distinguish science from pseudoscience. The second is whether and how to distinguish “scientific” knowledge from other types of valid knowledge.

In his chapter, Pigliucci summarises philosophers’ responses to the first demarcation problem. For a while it was thought that Popper’s ideas of falsification provided a straightforward and clear criterion: if ideas can be falsified they are “science”, if they cannot then they are pseudoscience.

But it was soon realised that it’s not that easy. If a prediction turns out wrong, then clearly some part of the overall model is wrong, but one usually has considerable latitude in choosing which parts of the model to update. One can therefore protect a particular idea from falsification by instead adjusting something else. For example, if galaxies are found not to be rotating as expected, one could conclude that Newton’s law of gravity is falsified (we are dealing here with weak-field gravity where relativistic effects are negligible, so Newton’s gravity should work), or one can instead invoke additional, unseen “dark matter”.

A second problem is that Popper’s criterion gives no guidance on the practicalities. A prediction of a solar eclipse in thirty years time, based on well-tested models, is surely “scientific”, but it cannot be directly tested within the next decade. How about an eclipse prediction for a million years hence, or one for a million years in the past when no-one was there to record it? How about a prediction in particle physics that to test would require an accelerator ten times more energetic than we can currently build?

There’s a third problem: Is Popper’s maxim descriptive or prescriptive? If the latter then by what authority? Physicists generally regard the development of string theory as scientific (which is not the same as regarding it as proven), yet it is not readily testable. Some philosophers, including Pigliucci, have therefore claimed that it is not science but is rather metaphysics. But by what authority? If one were asked to justify the falsification criterion, how would one do it?

For the above reasons some philosophers have concluded that the task is hopeless. Pigliucci points to Larry Laudan as arguing that “demarcation projects are a waste of time for philosophers, since — among other reasons — it is unlikely to the highest degree that anyone will ever be able to come up with small sets of necessary and jointly sufficient conditions to define science, pseudoscience, and the like”.

Pigliucci himself regards this as too pessimistic, and instead argues for an account of science based on Wittgensteinian “family resemblance” concepts. There might not be neat criteria, but there are enough diagnostic characteristics that, in practice, it is possible to tell one from the other. 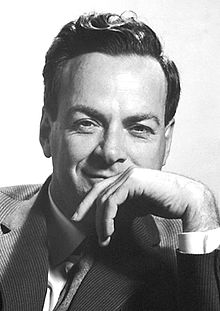 Personally I would argue that there is indeed one straightforward criterion distinguishing science from pseudoscience. It was stated by Feynman in his 1974 commencement address Cargo Cult Science, an essay still worth reading, for example for its prescience about the replication crisis in some areas of science.

For someone who was rather dismissive of academic philosophy, Feynman was actually pretty insightful about the nature and philosophy of science. He summed up science saying:

The first principle is that you must not fool yourself — and you are the easiest person to fool.

That’s it. Pseudoscience is when you treat adherence to an ideology or belief as more important than the evidence for it. Science is when you’re genuinely trying to adjust your beliefs to the evidence. Humans are hugely prone to cognitive biases, so can readily slip into pseudo-scientific thinking. Many of the methods developed by science — for example, randomised, double-blind trials — are attempts to minimise human cognitive bias.

By this definition, possibilities of ghosts, psychic powers, the supernatural and such are not ruled out by fiat, they are not “pseudoscience” because of the claims being made, they are pseudoscience because the evidence for the claims is grossly insufficient.

Feynman’s criterion also explains why Popper’s falsifiability is insightful. If one is genuinely trying to refute ones ideas, by making predictions and then testing them, then one is least prone to ideological bias. Pseudoscientists, such as homeopaths, astrologers and conspiracy theorists, look only for evidence that will confirm their beliefs, and scheme up excuses for why they cannot or should not look for refutations (an anti-scientistic appeal to “other ways of knowing” is a favourite).

But falsification is only part of the story. As above, sometimes one cannot test a prediction even if one would like to. That alone doesn’t make the enterprise pseudo-scientific; what matters is whether belief takes precedence over evidence. Thus, if a string theorist were to make dogmatic claims going well beyond the evidence then they’re not acting as a scientist. But a physicist who considers that string theory is a promising and worthwhile avenue to explore, while remaining critically aware of the difficulties of testing it, is indeed being entirely scientific.

Second Part: science and the humanities.