Just as Ireland votes to repeal its blasphemy laws, the European Court of Human Rights has ruled in favour of Austrian blasphemy laws. They’ve upheld the conviction of a woman who was fined for calling Muhammed a “paedophile”, a reference to his marriage to Aisha, which according to mainstream Islamic tradition occured when she was six, and was consummated when she was nine.

I presume that the underlying logic goes like this. In keeping with trendy modern thought, they analyse everything in terms of power structures. Muslims in Austria are mostly a relatively recent immigrant community and are non-White, therefore they are “oppressed”. The convicted woman is a member of the Austrian “Freedom Party”, who are opposed to immigration, are regarded as “far right”, and are mostly White. Therefore they are the “oppressors”. And it’s the job of a Human Rights court to support the oppressed against the oppressors, so that’s how they ruled.

The convoluted excuse they came up with is that Muhammed continued to be married to Aisha when she was an adult, and indeed had sexual relations with other women, and therefore was not “primarily” attracted to under-age girls, and therefore the term “paedophile” is an unjustified insult. (Never mind that the vast majority of people who rightly get called “paedophiles” also have sex with adults.) 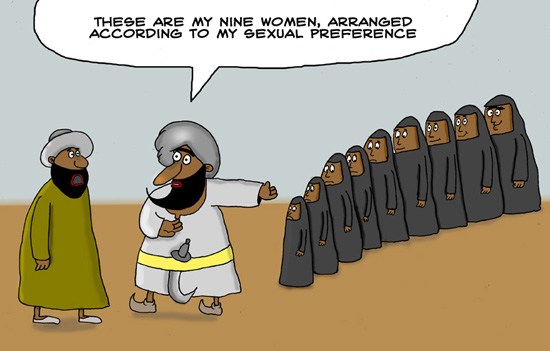