The latest issue of Free Enquiry magazine contains several articles about philosophy and science, including an article by Susan Haack, a philosopher of science who “defends scientific inquiry from the moderate viewpoint”, rejecting cynical views that dismiss science as a mere social construction, but also rejecting “scientism”. 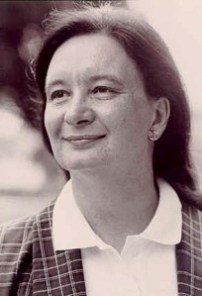 While Susan Haack talks quite a bit of sense about science, she promotes a view that is common among philosophers of science but which I see as fundamentally wrong. That is the idea that science and the scientific method depend on philosophical principles that cannot be justified by science, but instead need to be justified by philosophy.

In the Free Enquiry piece she writes:

… It isn’t true that science can explain everything. The achievements of science certainly deserve our respect and admiration. But, like all human enterprises science is fallible and incomplete, and there are limits to the scope of even the most advanced and sophisticated future science imaginable.

We should distinguish between two claims here. First, can science “explain everything”? Probably not, there are many things that humans can never know, and our understanding will always be limited and fallible. The second claim, though, is that where science is limited in scope, other “ways of knowing”, such as philosophy, can arrive at reliable knowledge. It is this second claim, not the first, that scientism denies.

(It’s also worth pointing out that advocates of scientism intend a broad definition of science that includes rational analysis as much as empirical data, and thus encompasses modes of enquiry that others might regard as outside science.)

Evolutionary psychology, for example, might tell us a good deal about the origin of the moral sentiments or the survival value of altruism; but it couldn’t tell us whether or, if so, why these sentiments, or this disposition to help others, could constitute the basis of ethics. Cognitive science might tell us a good deal about people’s tendency to notice and remember positive evidence and to overlook or forget the negative; but it couldn’t tell us what makes evidence positive or negative, or what makes it stronger, what weaker. Neuroscience might tell us a good deal about what goes on in the brain when someone forms a new belief or gives up an old one; but it couldn’t tell us what believing something involves, or what makes a belief the belief that 7+5=12 rather than the belief that Shakespeare’s plays were really written by Francis Bacon, or what evidence warrants a change of belief.

I would say that all of the above questions are properly within the scope of science. Haack gives no argument for why they aren’t. But the focus of this post is a more general point about science itself:

More generally, none of the sciences could tell us whether, and if so, why, science has a legitimate claim to give us knowledge of the world, or how the world must be, and how we must be, if science is to be even possible.

This is the claim that science rests on the foundations of philosophy. Haack makes this more explicit:

And the rising tide of scientistic philosophy not only threatens to leave the very science to which it appeals adrift with no rational anchoring; it also spells shipwreck for philosophy itself.

Thus, Haack claims, science is rationally anchored in, and justified by, philosophy, without which it is “adrift”. This account is popular among philosophers of science.

I consider it to be fundamentally wrong. Scientists don’t look to philosophers to justify their subject, they consider that science is justified because it works. And by “works” we mean that it leads to predictions of eclipses that come true, it leads to medicines that can cure people, it leads to accounts of reality that demonstrably contain understanding of the world. This is best demonstrated by technology. Computers work, iPhones work, aircraft fly, MRI scanners work.

Science can use its most esoteric theories to predict the existence of gravitational waves emitted by colliding neutron stars or black holes — both exotic concepts far beyond the world of everyday experience — and then build hugely complex machines of impressive technological mastery to detect such waves, and then use them to observe exactly what was predicted, complete with the characteristic in-spiral pattern.

Science doesn’t reject divining tea leaves, for example, owing to instructions from philosophers, it rejects divining tea leaves because it doesn’t work. The realisation of human biases, and of the placebo effect, and the consequent move to double blinding in medical trials was again not the result of philosophical analysis, but was arrived at by assessing evidence. For the most part scientists are unaware of much of philosophy, and usually don’t look to it for guidance as to how to proceed.

But, the philosopher might reply, science rests on many assumptions about how the world works and about the nature of evidence, and it is philosophers who examine those assumptions. To an extent that is true, philosophers do indeed examine and write about such assumptions; but the justification for adopting them comes, not from philosophy, but again from the fact that science works.

(If one wants to retort that, while science assumes A, B and C, it doesn’t actually test them because it could instead adopt P, Q and R, without any resulting change to observations, then this would mean that A, B and C were not necessary assumptions, and thus that they are not key underpinnings of science.)

Thus Haack’s claim that, without philosophy, science would be “adrift with no rational anchoring” is misconceived. Science is not founded on “rational anchoring”, that is, reasoning from key axioms that can be known a priori (and nor is it founded on axioms that can only be taken on faith). Indeed, it can’t be, because philosophy has no way of arriving at a priori knowledge.

Instead, science is an iteration between a whole web of ideas and models, and the comparison of that web of ideas to the real world that we experience empirically through our senses. Science is not anchored in philosophy, it is instead anchored in the empirical world and justified by the fact that it works; that is, by the fact that the ensemble web explains the real world, enables us to make good predictions about the real world, and enables us to develop technology that works.

This reply is commonly given by scientists, and indeed by some philosophers of science. The reply that “it works” is a scientific reply, since the maxim of adopting what works (in terms of leading to explanatory and predictive power) is the underlying ethos of science. Adopt what works; test it; adapt it to make it work better; test it again.

And it is a good thing that science is not anchored in philosophy, since philosophy itself has no way of justifying its tenets. Contra Haack, the problem would be if science did depend on philosophy, rather than justifying itself by a boot-strap iteration with empirical reality. Because we’d then have no way of establishing whether it had any more validity than other “ways of knowing”.

One can see why some philosophers of science are fond of the idea that philosophy provides the underpinning and intellectual anchoring of science. This would give them a raison d’etre and allow them to claim some of the glory from the overwhelming success of science.

42 thoughts on “Science is a product of science!”